1. Connect both programs by ticking the option "HAM Atlas - Use data" in the HAM Office setup (menu "Extras - Program options"). Then press the "Browse" button and indicate where the HAMATLAS.EXE file is located. (File name differs depending on the version) 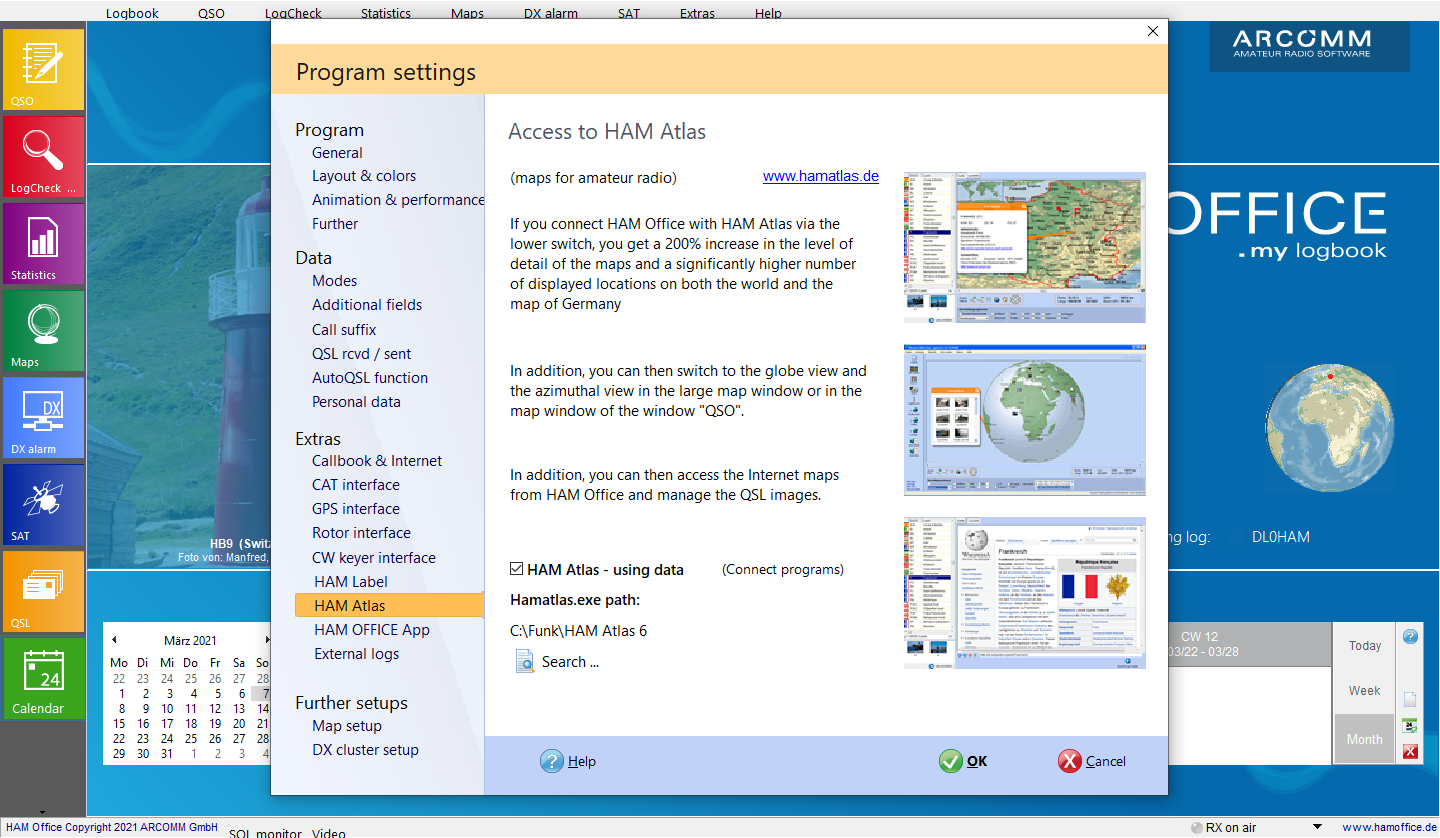 Pic above:2. At the highest zoom level, further locations are now displayed in the Germany map of HAM Office. The following pictures should clarify this.

3. Connection of HAM Office with the QSL management of HAM Atlas 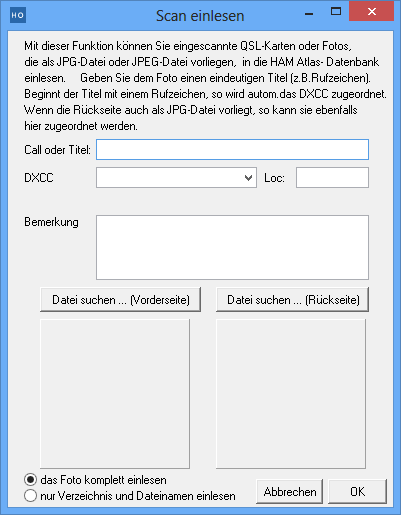 3.2 If you now enter a QSO in HAM Office and a scanned card for the callsign is available in HAM Atlas, this will be displayed in the QSO input window. 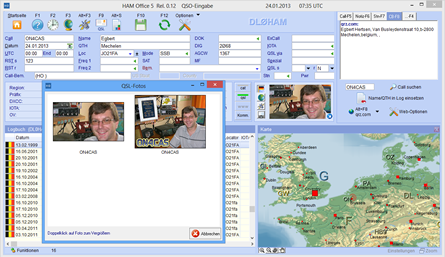 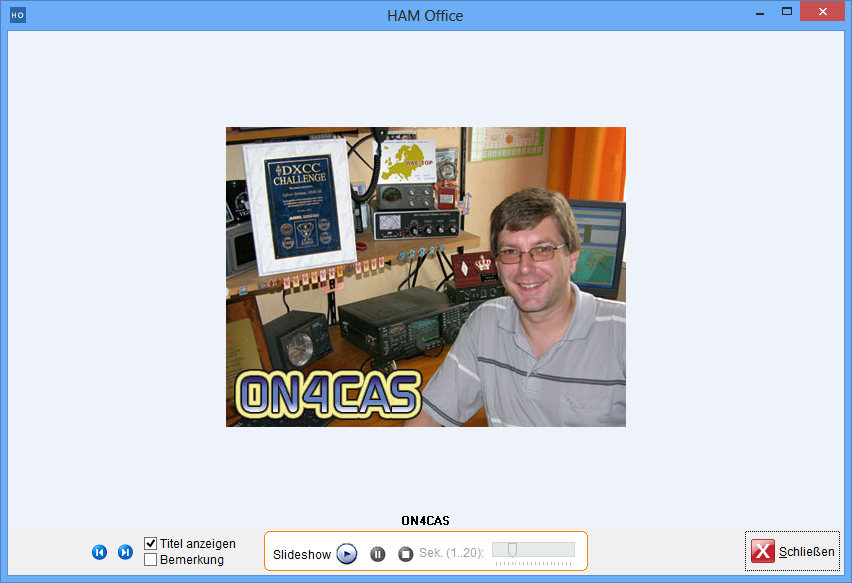 4. The IOTA function is not further described here. Since HAM Atlas knows the exact coordinate areas of IOTA islands and island groups, the display of the location of the remote station is very precise after entering an IOTA number. (see also IOTA)

5. Locator display: Another special function after linking the two programs is the display of the worked and confirmed locators on the world map in HAM Office. To do this, press the "LocStat" and "Loc" switches below the map after calling up a map. The worked and confirmed small fields are displayed on the world map. The color and shape of the display can be set in the HAM Atlas program under "Program options - general". There you can also print out the map. (see also locator statistics) 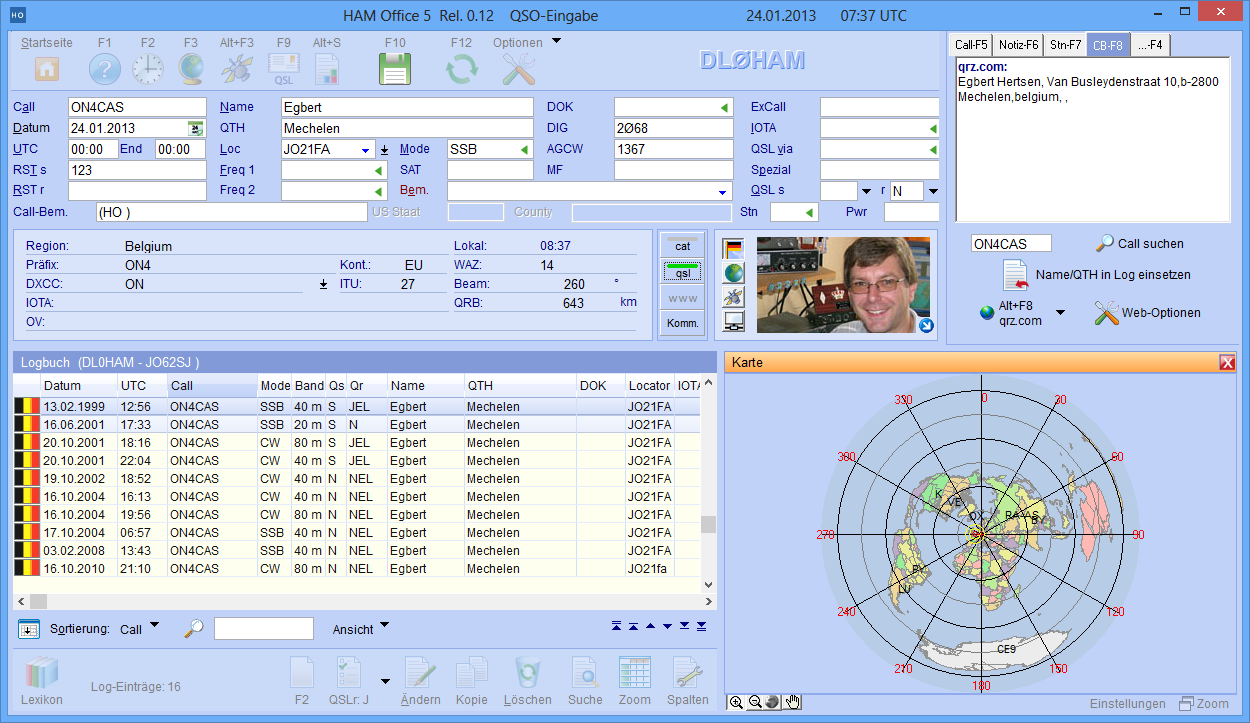 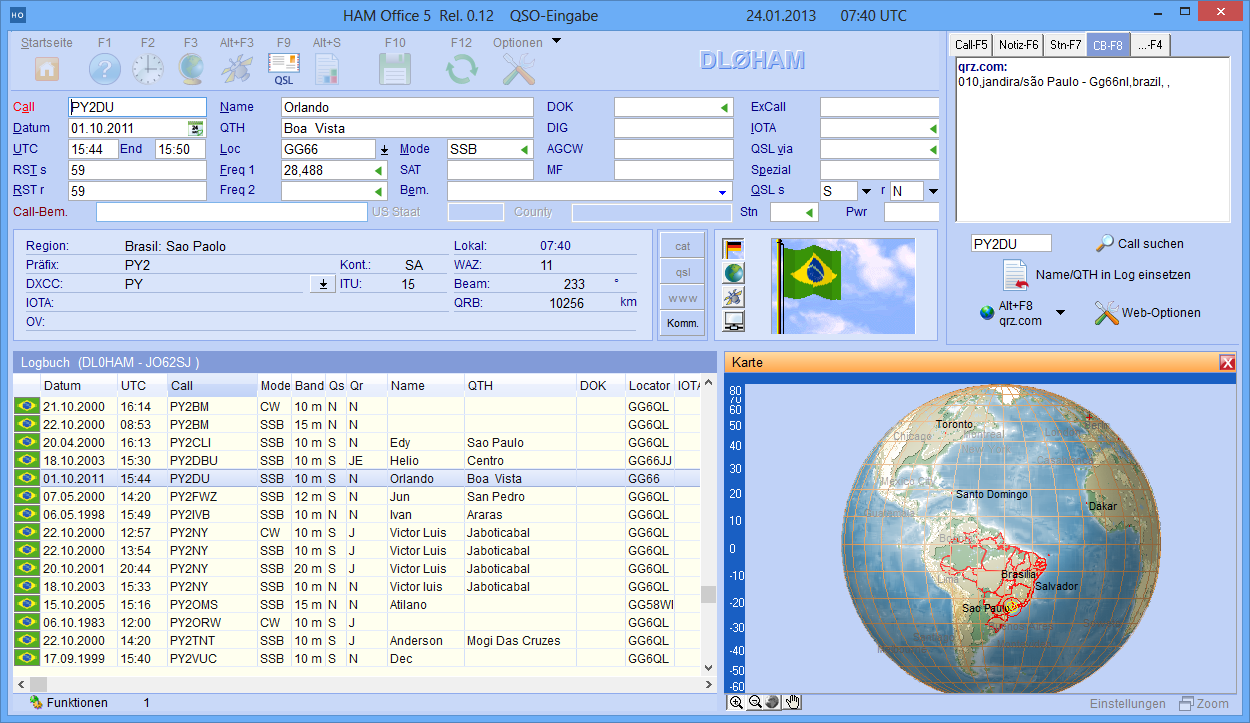 Pic above:Globe presentation of the map during the QSO input
(see also globe )

Further information on the topic:

With HAM Atlas you can show different evaluations on the maps. On the left side of the evaluation window you first select the Logbook . It can be an ADIF, DBF or CSV file, in the simplest case a HAM OFFICE log file. In the latter case, specify wh...

Maps in the main menu - physical view The maps are already accessible from the main menu. The list on the left shows DXCC countries and regions. After double-clicking on an entry, the map is updated. In the lower part of the map there are ma...

physical view The maps are already accessible from the main menu. The list on the left shows DXCC countries and regions. After double-clicking an entry, the map is updated. In the lower part of the map there are many options for adapting the map. ...

To Calling up the menu item "Callsign" opens an input window. If you enter a call sign there and press "ENTER" or the "Search" button, the map positions itself accordingly. Under certain circumstances, the positioning is first roug...

Auf Webseite suchen.
to the top

ARCOMM uses cookies to guarantee you the best possible service. If you continue surfing on the page you agree to the Cookie usage too. I agree.